Dr. Lisa Sevenich joined the Georg-Speyer-Haus in August 2015 as a Max-Eder-Junior Group Leader. Her research is focused on exploring the role of the tumor microenvironment in brain metastases with a particular interest in dissecting mechanisms by which tumor cells block or hijack host defense responses to support tumor growth. The long-term goal is the development of novel approaches to overcome organ-specific resistance mechanisms by designing therapies that allow targeted attack of brain metastatic tumor cells by reactivating host defense responses.

The Beug Foundation Metastasis Prize has been awarded every other year since 2013 to support young scientist in their endeavor to explore biological mechanisms of metastatic disease with the goal to bring novel initiatives in metastasis research forward. This year’s award ceremony took place at the EACR meeting on “Seed and Soil: Mechanisms of Metastasis” in Berlin. For further information: https://www.beugstiftung-metastase.de/lisa-sevenich/ 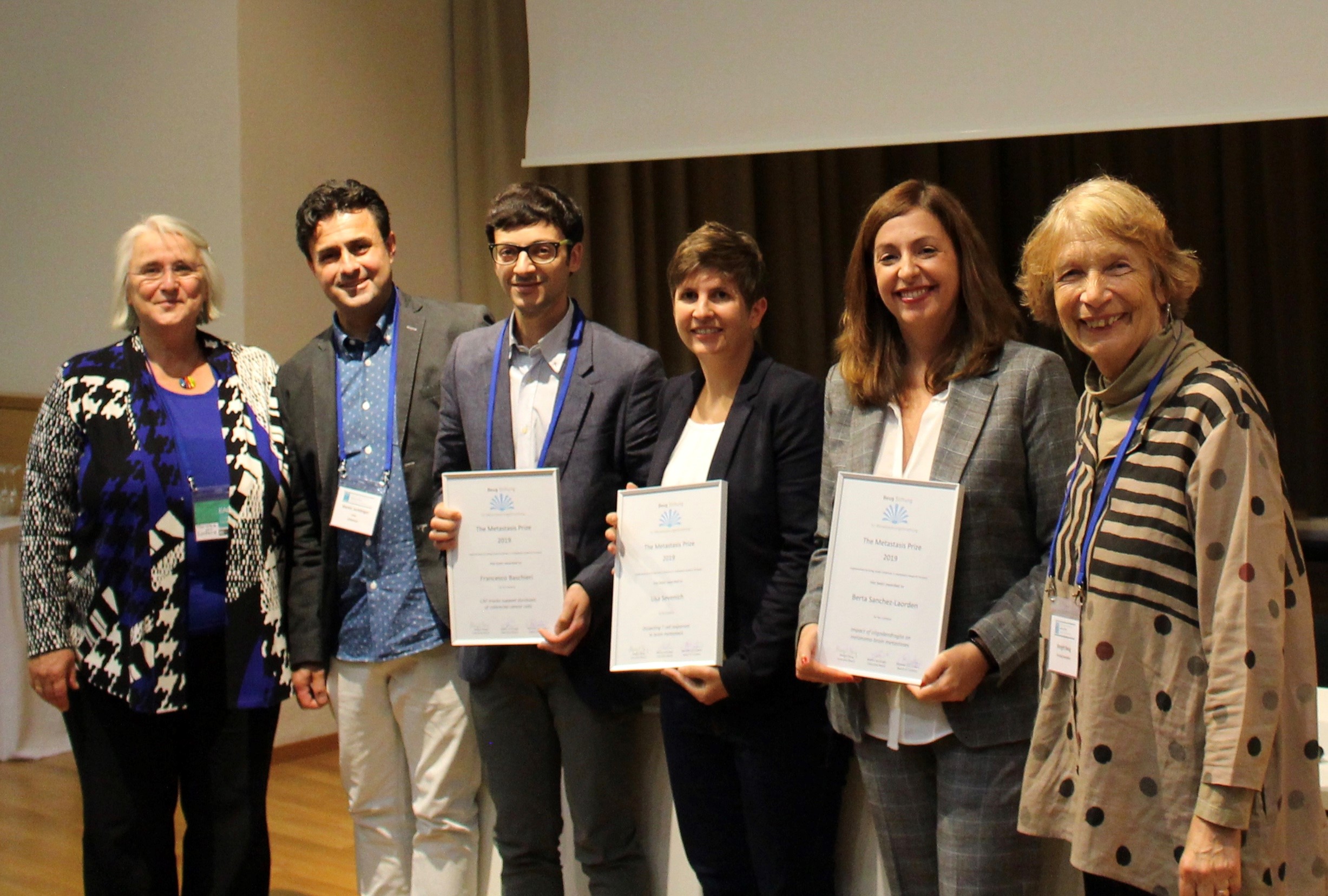